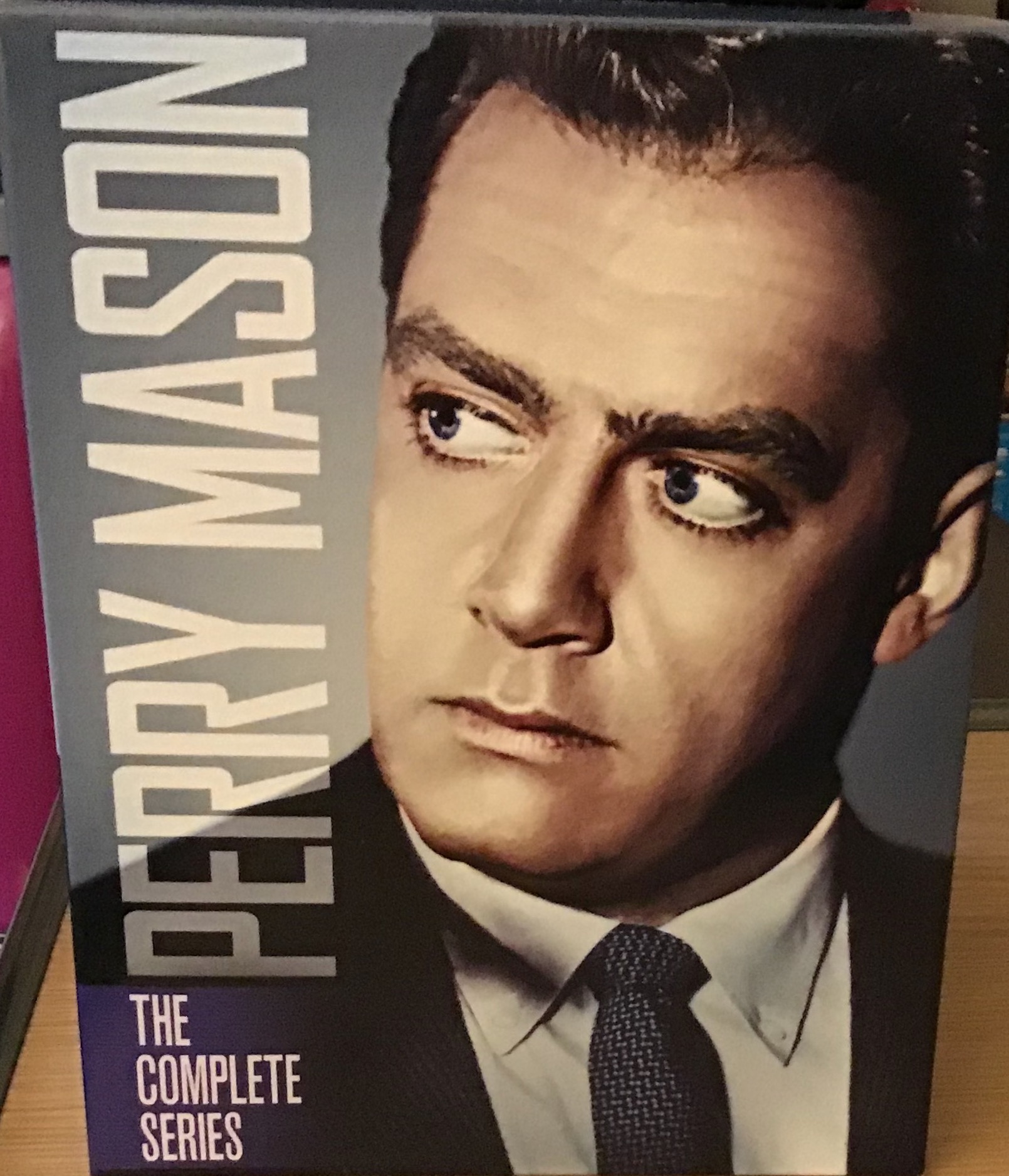 After returning from a visit with a friend yesterday, I watched two more classic Perry Mason episodes, and marveled again at the storytelling and dialogue, and the skilled way a mystery was laid out and solved in under an hour. The series is very much a product of its time, and yet feels fresh and modern in many ways. Good conflict is timeless, and Perry’s never-ending quest to help those in need is as relevant today as it was in the 1950s and 1960s.

As a writer, it’s important to “feed” the muse as well as write, and I’ve been doing that for mystery for the past couple of years. Creative writing is a team effort between your conscious “I” self and your subconscious, and the subconscious benefits and enjoys it when you consume stories.

I grew up watching the classic Perry Mason television, starring Raymond Burr and a host of talented character actors. For many years, it ran at lunch time on our local independent station, Channel 12. My mother was a huge fan. I was young enough that, while I appreciated the peril the accused seemed to be in, I didn’t really understand the storylines all that well.

Fast forward to last year and LeAnn and I decided to start watching it on Paramount+. We were both hooked right from the start. So much so that I picked up the complete set on DVD, since it includes two seasons and several other episodes that aren’t available for streaming, probably because of rights issues.

Perry Mason was produced by Gail Patrick Jackson, who had some terrific writers working for her. The dialogue crackles, the story lines twist and turn. Los Angeles in the Fifties and early Sixties has a character all its own, with a noir tone. But there’s another tone, one that surprised me–a bit of a cozy vibe vying with the noir. The ending of each episode, which I think may have often been cut in syndication, feature Perry, Della, Paul, sometimes even DA Hamilton Burger, or often the former defendant, now exonerated. The final exchange is usually light, even funny.

What I wanted to share today alongside this today’s post by my friend and fellow mystery author Garry Rogers, over at the Killzone, where he shares some examples of real world exchanges between defense attorneys and people on the stand in Canadian courtrooms. Well worth a read, and pretty much the opposite of the dialogue we see Mason and Burger and others use with witnesses on the stand in Perry Mason.