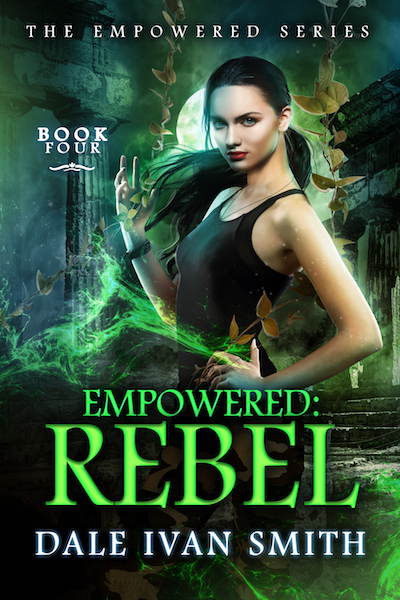 What do you do when a conspiracy suppresses super powers?

Mathilda Brandt fights to keep her fellow Empowered alive and safe. Her former master, the secretive government agency known as Support, hunts her and the others like her across the world. Only the strange Dark-Net, an extra-dimensional road, keeps Mat and her friends free.

She is also desperate to find her mother, who until a few months ago Mat thought dead. Her mother’s fate is somehow intertwined with the people hunting Mat.

When the Dark-Net begins to fail, Mat realizes she’ll have to do the last thing she ever wanted to do: lead a desperate rebellion to save her mother and free the world.

Empowered: Rebel is the fourth book in Dale Ivan Smith’s The Empowered series.