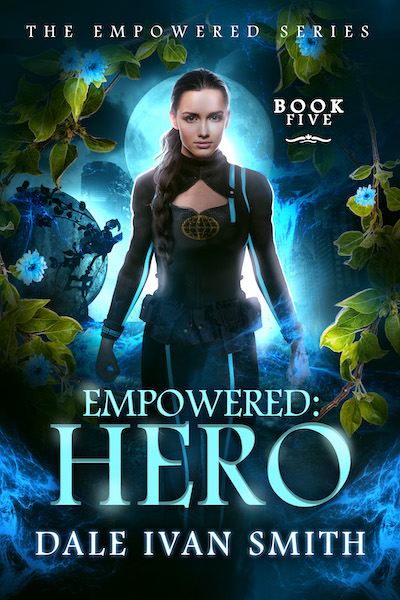 What happens when millions of people suddenly possess superpowers?

Mathilda Brandt thought she’d protected her family and freed the world, instead she’s unleashed forces that threaten to destroy both. She rescued her Empowered mother from RAMPART, but now her mother wants Mat to choose sides– Empowered over normal humans.

Her sister Ava is missing. Governments begin rounding up the newly Empowered, while other Empowered want to end the threat from normals once and for all.

With her own power suddenly erratic, and her connection to Gaia in jeopardy, how can Mat save those she loves and prevent the world from destroying itself?

Empowered: Hero is the fifth and final book in Dale Ivan Smith’s The Empowered series.